A place for all our rantings and ravings, theorizing and philosophising. And just stuff about us. 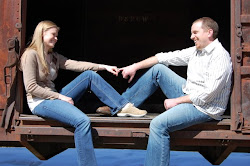 So, I'll admit it, I'm addicted. And its all Greg's fault and he knows it, and loves the fact. When we were dating Greg and I started playing Lego Indiana Jones. Before this time, I didn't have very much experience playing games on a console, I had always just played games on the computer. But I liked him and so I played. I actually ended up enjoying myself once I got used to the controls. Since we've been married we have played through Lego Star Wars. This was the first Lego game made and you can tell. The perspective is atrocious sometimes, and the camera always follows the number 1 controller. So it was hard for the two of us to get a lot done while playing, it was always one person doing something while the other one watched. Or died. (Me)
But in June Lego Harry Potter came out, and we got it right away. I love it. I really enjoy the book series as well as the movies and I love playing the game. Its not without its issues but I really like how they now have split screen play so we can both be doing something at once and all the different spells you can use and players you can be.
My top ten reasons to play Lego Harry Potter and/or some other Lego game.
1. Most things are made up of Lego pieces and who doesn't love Lego's?
2. You can "be" one of your favorite characters from an iconic movie. (Hermione)
3. You can fly on a broomstick! (or pilot the Millenium Falcon)
4. When you die you fall to pieces, literally.
5. You can be a ghost, performing magic spells or "Use the Force"
6. Try making your character tip-toe
7. Where you go and what you do isn't always completely obvious so it can be a great team-building experience.
8. A lot of items in the game are hidden, which makes for a fun hide and seek game that leaves you feeling rather accomplished after.
9. One of the things Greg doesn't like about Lego HP is that there really isn't a lot of people running after your shooting. But the great thing is that you can run around shooting other students with spells causing them to (among other things) turn into a block of ice, break dance, have a shrunken head.
10. It is super-duper fun!

Here is a trailer for the game showing some of the characters and challenges.


Plus you get all of that great Harry Potter music!
BTW the title from this post came from Greg and had now become our joke about Lego HP.
Posted by Unknown at 2:01 PM 2 comments:

When we were dating, Greg and I used to spend a lot of time up AF Canyon but we haven't had the chance to do it yet this summer...kinda glad we didn't end up getting that season pass. But in the meantime, I thought I'd do a little reminiscing... 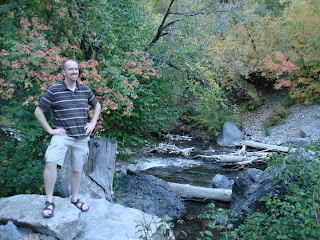 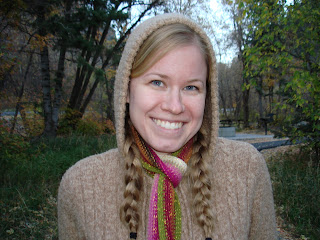 Greg maintains that this is the cutest picture of me ever 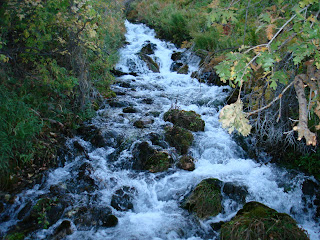 Not exactly sure where this is but its pretty. 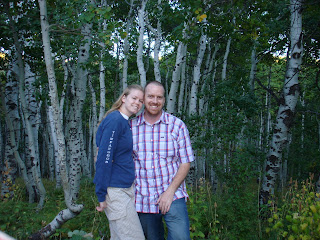 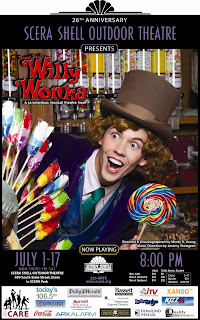 Well since just about everybody else is doing it...just kidding, we have actually been talking (or rather mentioning to each other) for a while now about how we should have a blog. I decided that tonight is the night and I did it. So here we are in the blogosphere with very little if anything to say or post but hopefully before long we'll have some stuff here.
But lets talk Willy! Penny just got done playing Mrs. Bucket in the SCERA's recent production of Willy Wonka! For a while now work has been a bit slow and I was considering a lot of things...singing lessons, dance classes, a class at UVU, getting a second job, etc. For some reason I got the idea to try out for a play one day, and it just so happened that two local community theater companies were having auditions in the same week. I got called back for both but Mindy Young (awesome director extraordinaire) offered me the part of Mrs. Bucket first and so I took it. I could hardly believe my luck! I was so excited and nervous and very intimidated when I went to the first rehearsal. I had been in a couple of plays that our stake in California did as a youth (Joseph and Bye Bye Birdie) but I didn't have major roles and I was too scared in high school to try out for anything the school did. So the first couple of rehearsals were a little scary for me. But the very first day I met Amy B. who is an awesome mom and entrepreneur as I would come to find out over the course of the next few days. I met others as time went on including another Amy, my son A.J., hubby Andy and his daughter Leah as well as Jim and James and Jessica and Tiffany. Great people and great talent! We had a lot of fun performing such a silly play even though it was hot as Hades some nights, and the grandparents had to have blankets on top of everything else!
Its been a rough month and a half though, weird late night schedules did not agree with my insomnia and towards the end there I was lucky if I got to see Greg for an hour a day before we both fell asleep exhausted. So this time off is going to be great, though I am sad that I won't be able to dance in Hairspray!
In the spirit of doing things I've always wanted to do but have never done, I decided to give myself a new challenge now that my theater days are over. I decided that I want to train for a triathlon. I love running, but haven't been very motivated lately and I would like to be a better swimmer. I don't really have any designs on biking but it comes with the package. I don't know which one I'll do since this is a recent decision (about 12 hours old) so any suggestions for a sprint would be appreciated!
This seems like a really long post so I'll close up for now. Look for more pics from Willy Wonka (once I get some from Amy, thank you!) and more info about this last weekend when Devon and Sarah were in town.
Posted by Unknown at 8:50 PM 2 comments: